After spending the first week of July in England hiking Hadrian’s Wall most of our tour group headed to Scotland and the Orkneys to experience excellent Scottish archaeology and culture.

There is a LOT of archaeology in Scotland! We saw a number of fantastic Neolithic sites, standing stones, PICT stones, and castles.

Neolithic highlights. The Neolithic age (“new stone age”), is, confusingly, the last part of the Stone Age, coming after the Paleolithic and Mesolithic Stone Age segments. Neolithic folks weren’t your cavemen-types. They were already farming, creating some pretty cool tools, and building complex stone buildings and settlements. The great thing about Neolithic stuff is that it doesn’t rot like wood. On the other hand, subsequent civilizations always re-purpose the stones for their own dwellings so “ruins” is the name of the game. Even so, we visited some truly awesome sites and saw still-standing walls and structures that were 5,000 years old. A few of the highlights include Skara Brae, a 5,000 year-old farming village on the Orkneys. And Unstan, a 4,500 year-old burial tomb (now covered with a modern roof). We got to go inside the tomb! 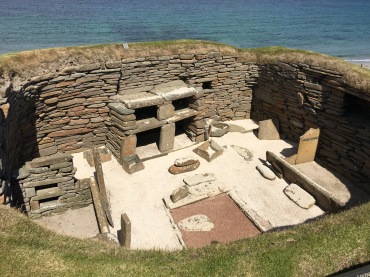 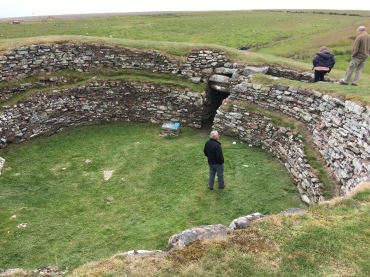 Click on the video below to see the inside of Unstan.

Just as we did in England, we got a private tour with the lead archaeologist of an in-process dig. This time, Ness of Brogar.

Standing stones. England’s Stonehenge is “the” set of standing stones. They are magnificent. But the “Standing Stones of Stenness” are equally cool. Plus you get to touch them. And the “Ring of Brodgar” is huge! 341 feet in diameter and has 27 of 60 stones still standing. 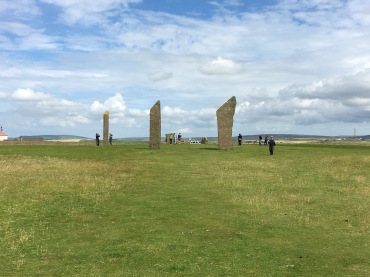 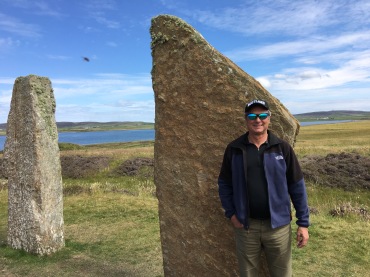 Picts. The Picts, who wandered Scotland during the late iron and early medieval ages, left us some very beautiful carvings, sometimes on standing stones. Since a Pict is worth a 1,000 words, that’s all I’m saying. 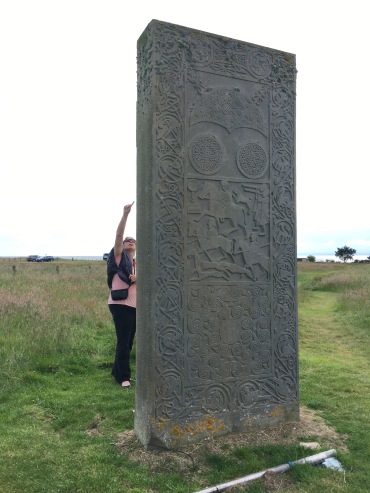 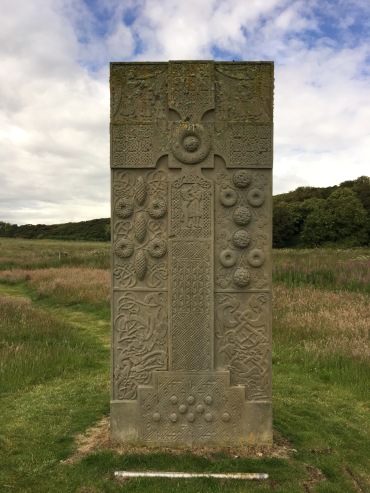 Whisky. You can’t visit Scotland without tasting Scottish whisky. Although we spent a few days in the center of Scotland’s whisky production area, timing didn’t work out for a distillery visit. Alas! Fortunately, we were lucky enough to spend a few nights in hotels that had huge whisky offerings and very helpful bartenders. The most amazing whisky experience was a “whisky tasting dinner” where they paired the meal with whiskies.

None of us was a fan of the smokey/peaty flavor so distinctive of Scotch but there are lots of whiskies that are light on the peat. Joy and I decided our favorites are Glenmorangie, Glen Grant (particularly the “Major’s Reserve”, which turns out to be on the cheap end of things) and Balvenie.

Haggis. While in Scotland you really have to try haggis at least once — even if its components are disgusting. According to Wikipedia:

With a description like that, how could you possibly resist? I had it a few times as a topping or a stuffing, not a main dish. As gross as it is, it tasted surprisingly good.

Highland Games. No Scottish vacation is complete without attending a Highland Games. We attended the 176th Tomintoul Games, Scotland’s oldest. It was a blast.

The official opening of the Tomintoul Games begins with Bag Pipers marching from the town square, past two liquor stores, to the field where the games were being held. The “past the two liquor stores” is important. When they reached the first store, the band stopped. Then the liquor store employees came out and served band members shots of whisky. After a while, the pipers started playing again, marched to the next store, and had a second shot. Then they headed to the field. Still in straight lines. I was impressed. 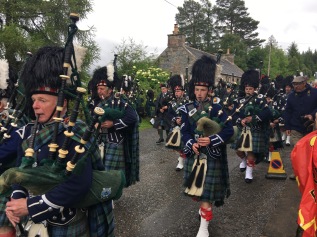 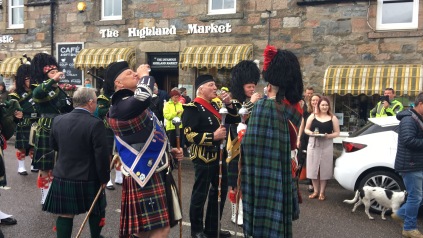 A lot of the events at a Highland Games can be boiled down to a common origin:  “Let’s get drunk and throw things around.” Of all the things being thrown, the most interesting was the caber. A caber looks suspiciously like a telephone pole.

Click on the 14 sec video below to see an excellent Caber Toss.

We’re momentarily reunited with our dog and currently in the US (after months of being away) doing a road trip. Look for an upcoming post about these adventures.